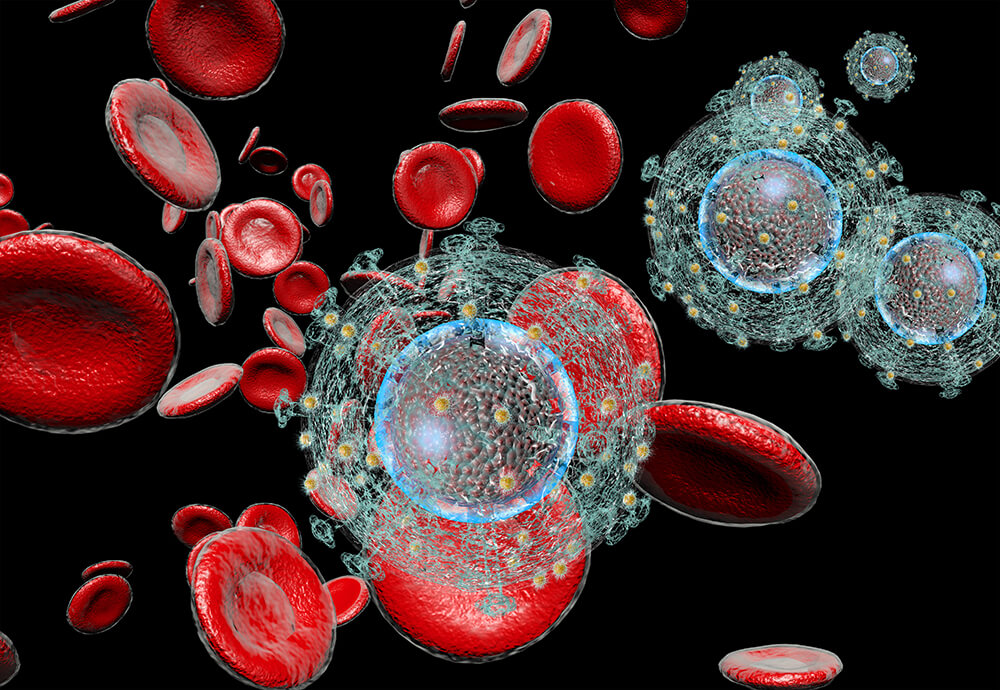 Immunity plays a vital role in protecting people from diseases. When a child is born, he/she has some form of immunity, which helps him/her adapt to the surroundings. People who have a good immune system are able to fight many infectious diseases without facing severe complications. When the immune system works properly, fever and body aches might be the only signs of a disease being tackled and the body being healed.

In biological terms, immunity is a complex system comprising many factors that help a body counter infections and pathogens. It is mainly of two types—Acquired immunity, and Innate immunity.

Children are often given vaccinations and booster doses to help the body build up many antibodies that can prevent future pathogen invasion. Vaccinations for polio and pox are examples of acquired immunity.

The innate immune system provides the initial protection against various pathogens and wounds and can be understood when a sudden one-day or two-day fever occurs. But, there are times when the body cannot fight against an infection or disease, because the understanding of that pathogen is not present. This is when acquired immunity steps in.

Active immunity is a type of acquired immunity that develops once the person is infected with the pathogen or has been given a vaccination. Vaccines are weakened strains of the pathogen and once the foreign antigen enters the body, the acquired immune system is triggered to form antibodies for countering the antigen. Once the antibodies are formed, they become part of the memory system. In the future, if that pathogen enters the body again, the immune system will be prepared to counter it. An example of active immunity can be getting flu shots.

Passive immunity is a type of acquired immunity that is received from someone else in the form of antibodies. This kind of immunity is often short-term, because the antibodies are not formed within the body, and hence, no memory of the same remains. There are mainly two types of antibodies received through passive immunity— maternal antibodies are received through the placenta or via breast milk, and immunoglobulin treatments are received from other people or made in laboratories, as in the case of treating a baby born to a mother with hepatitis B.

Components of the immune system

The innate immune system consists of macrophages, natural killer cells, neutrophils, etc., and produces proteins or peptides with antimicrobial properties to counter the effects of initial diseases or illnesses.

Acquired immunity performs the task of forming antibodies against foreign antigens that surpass the innate immunity system. It is a very specific system. The main components of acquired immunity are:

The immune system provides protection and fights off pathogens. For a being to live longer, having a healthy and strong immune system is a must. But, there are instances that can weaken the immune system. This gives rise to various complications. People who often get sick or suffer from frequent bouts of fever or pneumonia have a weak immune system. The signs are:

How to boost your immunity

The immune system can be supported and boosted to provide better protection. While conditions that are genetic and cause the immune system to become weak need doctor’s consultation and proper medications, there are some home remedies that will benefit everyone to help their immunity get stronger. These are:

Immunity plays an important role in keeping a person safe. The coronavirus pandemic did teach a lot about hygiene and having a strong immunity. Proper diet and less stress can aid in keeping the innate and acquired immunity healthy. Understanding the difference between acquired immunity and innate immunity can help strengthen both with the help of diet and supplements. That said, any supplement intake should be first checked by a doctor, so any complications or conditions can be avoided.

People suffering from autoimmune diseases are more prone to fall sick because their own immune system makes them weak by attacking the healthy cells. This happens because the immune system’s programming of differentiating its own cells from pathogens is compromised.

What supplements aid with boosting immunity?

In order to boost immunity, intaking vitamin supplements like vitamin C, vitamin D, vitamin B complex, and vitamin A is a must.

Immunization is the same as vaccination. This acquired immunity process begins when children are provided weakened strains of commonly infecting diseases like measles or pox.