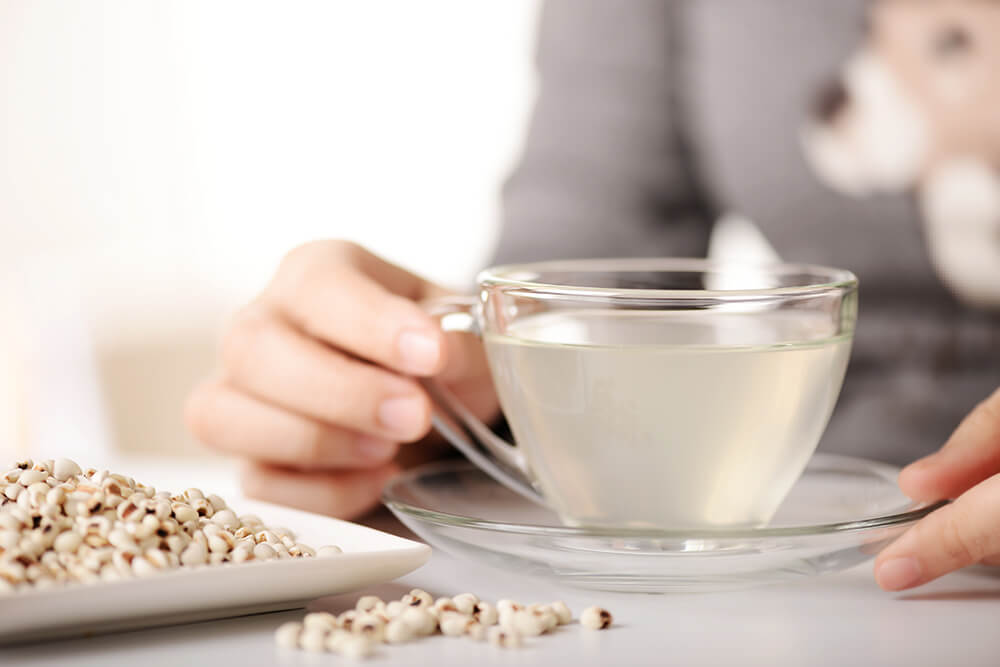 Barley water is a drink that is made from water and has been cooked with barley. To make this water, the barley grains are strained out sometimes. People also like to stir it and add some sweetener or fruit juice to make a drink like lemonade. Barley water is mainly consumed for the various benefits it has on our health. It is a traditional drink consumed in various parts of the world by millions of people. The drink has a mild nutty flavour with no distinct taste, so people like to add other juices. Barley water is a healthy drink that boosts the immune system and prepares it to fight various health diseases.

Many people are unaware of the barley water benefits. Many doctors recommend drinking barley water to people with weak immune systems so that they can fight harmful and life-threatening diseases. The drink contains vitamins and antioxidants that our body requires to stay strong.

Barley water is rich in Folate (Vitamin B), iron, copper, and manganese. It has a lot of antioxidants that support healthy cell growth and reduces oxidative stress on our organs. The health drink benefits our health and organs in numerous ways, so many people depend on it to increase their body immunity naturally.

Want to know the barley water benefits? We have come up with a few ways by which barley water helps the body and allows people to live a healthy life, free of diseases:

Drinking barley water or barley tea will help people reduce their cholesterol levels. Barley has chemicals, popularly known as tocols, that suppress LDL cholesterol and improve cardiovascular health. Barley water also helps lower the occurrence of heart diseases, as the antioxidants present in the drink battle the oxidative stress on your heart. The drink helps to fight both heart diseases and high cholesterol effectively.

There are various tests conducted that prove that barley water helps to control blood sugar. Diabetic people should drink unsweetened barley water regularly to control the blood sugar spike in the body. Barley water benefits diabetic people, particularly by maintaining blood sugar and preventing further diseases caused by the condition. The antioxidants in the drink also help to reverse pre-diabetes in a person. However, one must ensure that the drink has no sugar or sweeteners.

Barley water also helps to lose weight effectively. The fibre present in unstrained barley water promotes better digestion. It also helps a person feel less hungry for longer periods, thus preventing them from binge-snacking or eating junk food. The drink helps people to lose weight and also allows them to stay hydrated. Barley water stops people from overeating, so if combined with a healthy diet, anybody can lose weight over time.

Barley water can prevent one of the major life-threatening diseases, cancer, in most people. The fibre in the drink throws out harmful toxins from your colon that do not get removed during regular digestion. Apart from fibre, barley is also rich in ferulic acid, preventing tumour growth. Various studies prove that barley water can stop cancer development in people. The antioxidants present in the drink stop the reproduction of colon cancer cells.

By now, the barley water benefits must be clear to those unaware of the power this drink holds on our health.

There are various barley water uses that most people know. Hence they have incorporated it into their daily diet to live a healthy and long life. It is one of the most powerful drinks that single-handedly cures many life-threatening diseases and helps in the better functioning of the organs.

Let’s take a quick look at the barley water uses that have contributed to its popularity all over the world:

Benefits of Barley Water for Kidney

Did you know barley water benefits kidney as well? It acts as a diuretic that helps flush out kidney toxins. Here are some ways by which barley water helps in better functioning of our kidneys:

These are some ways by which barley water benefits kidney and prevents the development of kidney problems. Therefore, people suffering from such problems should drink barley water regularly to fight kidney diseases effectively.

The benefits of barley water are endless. One can drink it to treat almost every health problem and use it as a precaution for lifelong diseases. For people with diabetes, drinking plain barley water is the remedy to control blood sugar. Other barley water uses include curing for cysts and tumours. This drink can cure problems like constipation and dehydration. However, everyone should remember that the key to achieving good health is to drink barley water consistently.