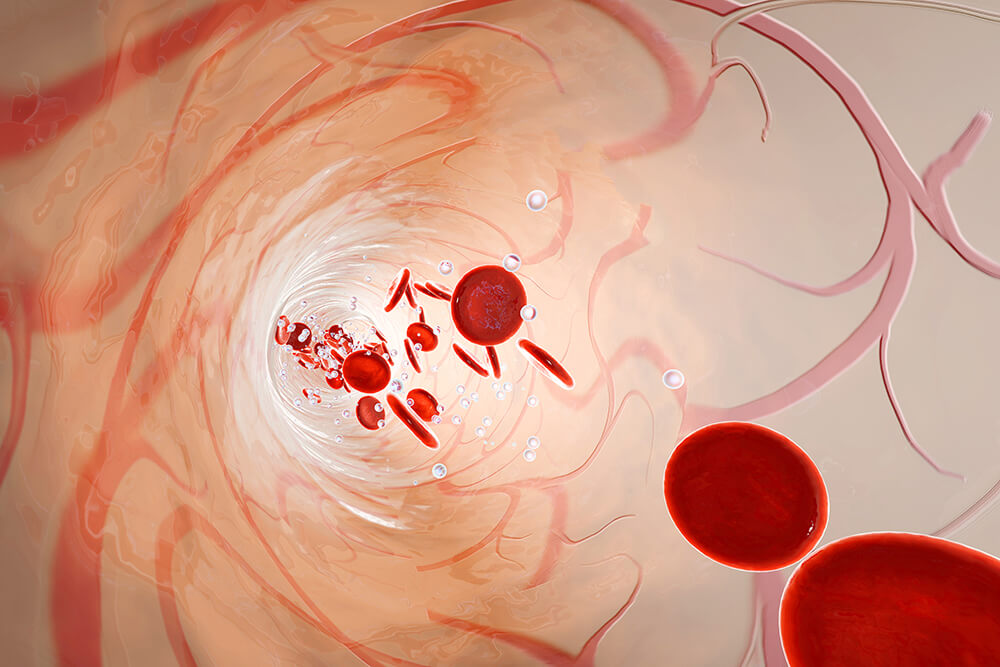 Blood is the life source of every living being. Some people might think that the heart is essential for living, while others think it’s the brain, but ancient people always associated blood with the essence of life and death. Blood is truly the essence of living and having a healthy blood system adds to the person’s overall well-being.

There are three main components of the blood. Even if one of the components incurs an issue, it leads to the person developing blood cell disorders. The blood disorders can often be treated with medications or by incorporating certain foods in the diet that are rich in iron. But, when the condition is genetic, it can require lifelong treatment and therapy.

There are a wide number of blood disorders known to science. Each has its own set of symptoms and not all people experience all of those signs and symptoms. There are three main parts of the blood—red blood cells, white blood cells, and platelets. All of these are in the plasma that collectively makes up the blood.

There is a range determined as normal for all three components of blood. If the levels of any one component become higher or lower, it leads to blood disorders.
The common symptoms are:

The blood disorders can be collectively placed in a group based on the type of component affected and if the levels are lower than normal or higher than normal. These are:

Leukopenia is a condition where there are very few WBCs present in the blood. This makes the person susceptible to catching various diseases. People suffering from leukopenia often experience fever, cough, sore throat, sweating, fatigue, chills, shivers, and body aches. Some disorders are:

Leukocytosis is a condition where there is an abundance of white blood cells in the system. While this is the normal reaction to an infection, people having autoimmune disorders or cancer are at a risk of always having high amounts of WBCs in the system. General symptoms include confusion, fever, fatigue, breathing difficulty, appetite loss, and a tingling sensation in the limbs. Some common types are:

Diagnosis of WBC disorders involves looking for blood tests and collecting details about previous family history, as these disorders can be genetic. A complete blood count is the main test prescribed in order to understand the levels and then prepare the prognosis. Sometimes, a blood smear test would also be prescribed.

Treatment for WBC disorders also depends upon the causes of the increase or decrease in the white blood cell count. In case of infections, antibiotics and antiparasitic drugs are prescribed. If the condition is due to cancerous growth, chemotherapy, medications, and surgery are considered. If hormones are the cause then glucocorticoids are prescribed as treatments.

Red blood cells are essential to help carry oxygen and nutrients to the cells while removing toxins and other waste materials from the cells as well and sending them to the excretory organs. Any disorders of the red blood cells give rise to RBC deficiency disease. Depending on the count, red blood cell disorders are of various types.

This is the condition where there is a shortage of red blood cells in the blood. The shortage can also be due to the deformities in shape of the red blood cells that makes the component fragile or very brittle. People suffering from anemia are often suffering from pale skin, shortness of breath, fatigue, rapid heartbeat, and confusion. The types of anemia known are:

Also known as Polycythemia, this is a condition where there is an abundance of RBCs in the blood. This leads to the thickening of the blood and can ultimately also lead to the blood vessels getting choked. The symptoms vary but the most common ones are nosebleeds, weakness, itchiness, high blood pressure, headaches, and blurred visions.

This condition affects the person’s capability to produce adequate amounts of hemoglobin. This results in the person developing very few RBCs. This is a genetically inherited condition, and people with thalassemia are often placed on intensive therapy.

Red blood cell disorders are varied, and, like WBC treatment, the prognosis for RBC deficiency disease depends upon the kind of disorder, the cause, and the person’s overall health condition.
The complete blood count is the primary checkpoint for RBC disorders. The follow-up tests include:

Treatment for RBC disorders involves various methods, depending on the type and the cause of the disorder. Anemia is often treated using supplements, and, in very extreme cases, blood transfusion or bone marrow transplant. Thalassemia treatment depends upon the type and severity of the condition. If the person is simply a carrier or shows mild symptoms, supplements and medications are prescribed. For erythrocytosis, medications like blood thinners are often prescribed. These people are also suggested to donate blood frequently.

Platelets are an essential component in the formation of blood clots. When a cut occurs, the platelets carry the various clotting factors to the site of the cut to prevent all the blood from flowing out. When there is a deficiency in the platelet number, it leads to a condition known as thrombocytopenia. When there is an abundance of platelets, it leads to a condition known as thrombocytosis. Platelet disorders can be genetic or can be a side effect of other medication or therapy.

Symptoms of thrombocytopenia include:

Symptoms of thrombocytosis include:

Some of the commonly known platelet disorders are:

Like all the other blood disorders, platelet disorders too are initially screened using the complete blood count test. First the number of platelets is determined, then the causative agent is determined. Sometimes, a blood smear is also prescribed. The bleeding time and the coagulation time are also checked via the D-dimer test, partial thromboplastin test, or the von Willebrand factor test.

Plasma is also a vital part of the blood and any disorder that affects the plasma is considered to be a blood cell disorder. Plasma is responsible for transporting salts and enzymes. Hence, a disorder of plasma is also a health disorder related to other organs/functions.

Some of the most common types of plasma cell disorders are:

Blood disorders are often indicators of other underlying conditions. Genetics too plays an important role in determining if a person will have any abnormalities related to their blood. Given the great number of blood disorders that are known to medicine, the symptoms vary from person to person. Often a blood cell disorder is a lifetime issue and treatment and side effects have to be constantly monitored. That said, timely intervention and trying to have a positive outlook in life can help deal with overcoming blood disorders.