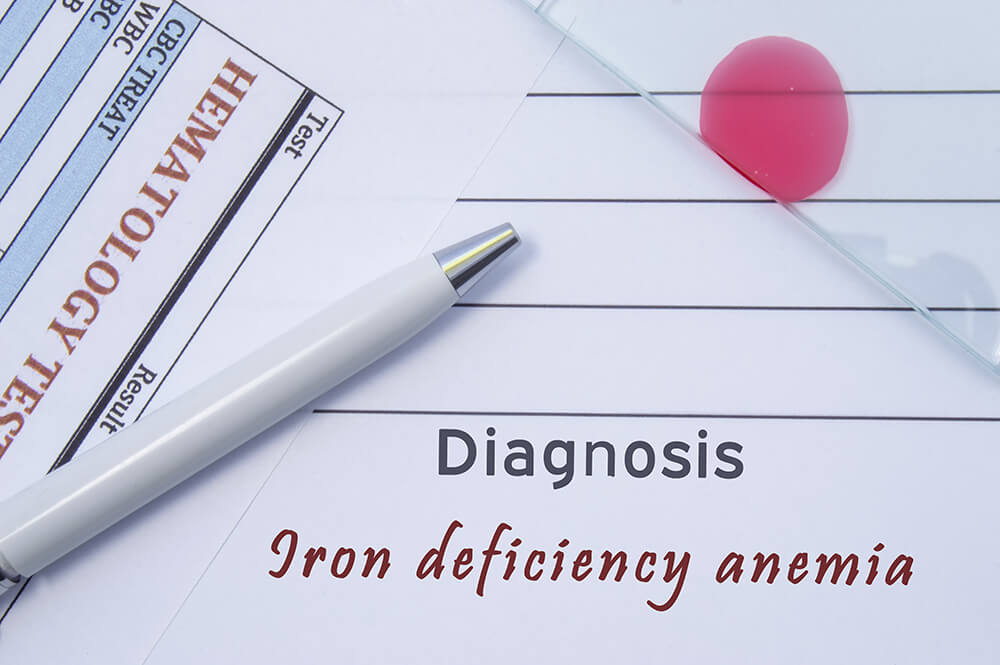 Blood is essential for life. Tagged to be the essence of life, blood performs many vital functions, like helping in respiration and in transportation of nutrients and chemicals, and keeping the immune system active, etc. As blood flows to every inch of the body, its functions are performed within seconds.

The health of the blood relies mainly on iron, as the key component of blood, AKA hemoglobin, is composed of iron. Iron deficiency often leads to iron deficiency anemia and it can be related to other nutritional deficiencies or genetic anomalies. Various medical conditions can also affect iron levels.

The clinical definition of iron deficiency anemia states that the blood has insufficient iron, which leads to a condition known as anemia. Anemia is a condition that causes the body to not have enough red blood cells that affect the oxygen-carrying functionality of the blood. Iron deficiency anemia is considered to be the most common type of anemia and often gets corrected by including iron in the diet.

But, people often do not know that they are suffering from iron deficiency anemia because the symptoms are not so severe. Some of these can also be accounted for by not getting proper rest or not taking proper self-care.

The iron deficiency anemia symptoms are:

Red blood cells are made up of hemoglobin. It is a protein that is rich in iron. Red blood cells are responsible for ensuring that the gaseous exchange within the body occurs without any difficulty. The blood carries oxygen from the lungs and takes them to the cells of the body for respiration. The carbon dioxide that is generated as a waste product is again carried to the lungs by the blood.

This activity is possible due to the iron component or heme part of the RBC. If the iron part of the blood is defective, it affects the oxygen-carrying capacity of the blood. This leads to the person feeling tired and out of breath, as the cells of the body do not receive enough oxygen. Iron deficiency anemia can be due to the following causes:

Why is iron deficiency anemia more common in women?

Women have the menstrual cycle to thank for always being anemic. Iron deficiency anemia is most common in women because of the monthly blood loss. During pregnancy, a woman becomes even more anemic.

The menstrual cycle usually lasts for 4 to 5 days, and for some, it can even last for a whole week. Women having heavy menstrual flow are twice as much at risk of becoming anemic. A condition called uterine fibroids can also cause heavy bleeding. This too leads to iron deficiency anemia being more common in women than in men.

The first test ordered for people suspected to be suffering from iron deficiency anemia is the CBC or complete blood count. CBC measures all the components of the blood, including:

Out of these, the hemoglobin test and the hematocrit test results are the most vital ones when looking for iron deficiency anemia. The normal range for both are:

Iron deficiency anemia is treatable with the right medication and diet change. Often supplements are suggested that can help with increasing the iron content of the blood. These supplements are rich in vitamin B complex that have folic acid.

Additionally, making changes in the diet by including foods rich in iron is advised. These foods include:

Vitamin C is known to be an enhancer for iron absorption in the body. Including foods rich in vitamin C in the diet can help with better intestinal absorption of iron.

In case the iron supplement treatment does not work, additional tests are required to estimate if the iron deficiency anemia is actually a symptom of another health condition. Depending on the result, treatments such as blood transfusions or intravenous iron injections are prescribed.

The primary cause of anemia is having less blood. This leads to experiencing conditions like breathlessness or headaches. Iron deficiency anemia is common and can affect anyone, irrespective of age and gender. But, certain people are more at risk of suffering from iron deficiency anemia.
These are:

Iron deficiency anemia, though not deadly, can lead to serious health complications like:

While the condition itself is not fatal enough to cause immediate death, iron deficiency anemia can also be a symptom. Proper and timely treatment is required.

What are some examples of vitamin C-rich food?

What is the purpose of the hematocrit test?

The hematocrit test checks for the proportions of red blood cells that are present in a person’s blood. It is usually expressed as a percentage. Both high and low percentages are considered to be indicative of health conditions.